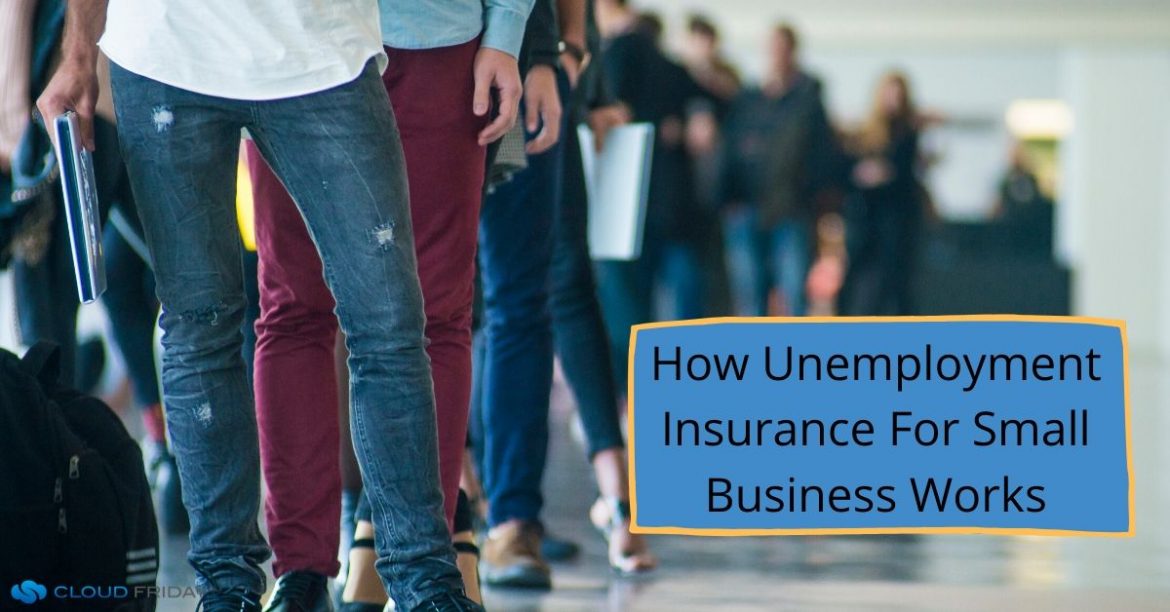 Hiring your first employee means stepping into the world of payroll — which includes unemployment insurance.

Generally speaking, you will have to contact your state unemployment insurance agency and set up an account. They will be the ones who set your rates, collect the payments, and provide the benefits should your employees need them.

Rates are determined by the history of claims both from your industry and your specific company. Unemployment provides income to employees who lose their job when it wasn’t their fault.

What Is Unemployment Insurance?

Unemployment insurance is an insurance policy that pays out to employees if they lose their job through no fault of their own, ie, if they are laid off. It is run at both a federal and state level.

Because it’s required and paid to the government it is often referred to as a tax but it’s more helpful to think of it as an insurance policy. You are protecting your employee’s income if you have to lay them off.

Your state will run the unemployment insurance program and most of your payments will go to them, however, there is a federal component as well — Federal Unemployment Tax Act (FUTA).

How Much Does Unemployment Insurance Cost?

For the most part, you must purchase unemployment insurance if you have W-2 employees and the rate you pay will be quoted as a percentage of your payroll. This is determined by the history of your industry and your personal history as a company.

I used to do the payroll for a landscaping company. I took over the payroll when the company was sold to a new owner. The previous owner had been careless with laying off employees, oftentimes allowing people he had fired to claim unemployment against him even if they didn’t qualify.

As a result, the company’s unemployment rate was sky-high. It was actually at the maximum rate the state allowed. I began to fight these fraudulent claims and the new owner picked up some snow removal work to keep the employees working more during the winter months — further reducing the unemployment claims.

Through these efforts, the unemployment rate the company was being charged dropped dramatically. It took several years, but today that company pays the average rate for a landscaping company.

Note: if the wages you pay is very low you may be exempt from unemployment insurance. Here are the federal guidelines but also be sure to check with your state.

What Is The Current FUTA Rate?

The current rate under the Federal Unemployment Tax Act (FUTA) is 6.0% of an employee’s salary or wage. However, if you pay your state unemployment taxes on time and in full you receive a credit of 5.4%, bringing the actual cost of FUTA to .06%

Note that the FUTA tax is applicable to the first $7,000 each employee earns. So, employers should pay a maximum of $420 per employee — and if they stay in good standing with their state program the maximum payment would be $42 per employee.

How Is Unemployment Insurance Paid?

Unemployment insurance is paid fully by the company. Three exceptions to this fact are Pennsylvania, New Jersey, and Alaska. These states all have employees pay a very small portion of unemployment taxes due.

Most states, if not all, require payments to be made quarterly. If you have a full-service payroll company processing your payroll they will take these payments with each payroll and file your taxes when appropriate.

If you are submitting your own payroll taxes you will want to check with your state as to when and how these payments should be submitted. Here is a list of unemployment agencies by state.

Related: The Many Types Of Business Insurance And When You Need Them

How Much Are Unemployment Benefits?

The amount of unemployment benefits an employee earns each week depends largely on the state. The lowest maximum payout is in Mississippi with $235 per week and the highest is in Massachusetts with $1,234 per week. So you can see there is quite a range.

Check out this Department of Labor chart for an idea of how unemployment benefits are calculated in your state — including the minimum and maximum payout per state.

If that’s the case, you probably do qualify for unemployment under traditional laws. This is because your company is paying unemployment taxes on your behalf.

Keep in mind too that state unemployment laws differ from federal unemployment insurance laws. For example, in some states percentage of ownership may also be a factor that affects your ability to qualify for unemployment as a business owner.

Check with your state’s Department of Labor or a local employment law attorney to find specific information.

What If Somone Makes A Claim Against My Company?

If someone in your company loses their job through no fault of their own they are likely entitled to unemployment benefits. The most common occurrence of this is when someone is laid off due to lack of work available for them.

If a former employee makes a claim against your unemployment insurance you will get a letter in the mail stating this is occurring. If you feel the claim is valid there is nothing you need to do.

Note that letting an employee go due to poor performance is generally considered “through no fault of their own”. For example, if your customer service agent is being rude to customers and you fire them they will likely be able to claim unemployment.

To prevent this you’d have to have written policies in place and be able to show exactly where the employee violated these policies.

I’ve contested several claims. Typically, I’d fill out the paperwork stating why I don’t feel the claim is valid. This was usually followed up by a phone call from the unemployment agency asking for more information or to verify details.

Once I had an employee stop showing up for work so we fired him. A few days later I received a letter in the mail stating he was filing for unemployment against us, which I promptly disputed. I stated the facts — that he hadn’t shown up for work for several days in a row.

However, since we couldn’t prove he had violated company policy it was decided that we terminated him without cause and therefore his unemployment claim was valid.

I had another case where an employee quit and moved out of state. I contested her claim and won, however, she appealed that decision and we had to go to mediation.

Mediation consisted of a three-way phone call where the mediator asked us each what happened and we stated our case. On the call, she admitted to quitting and I ultimately won that case.

When you payroll, you will likely have to have unemployment insurance. This provides some income to your employees if they lose their job through no fault of their own.

Just like any other insurance policy, your rates are determined by how many claims are made against your company.

Having clear company policies in place will prevent abuse of the system. Document every time you correct an employee’s behavior so that if you have to prove fault you can. If you end up firing that employee you’ll want to be able to prove they violated company policy.

To find out more about unemployment insurance for small businesses, contact your state’s department of labor. If you have a unique situation that can’t be answered by your state’s website or a phone call to the department you can always contact a local attorney that specializes in employment law. 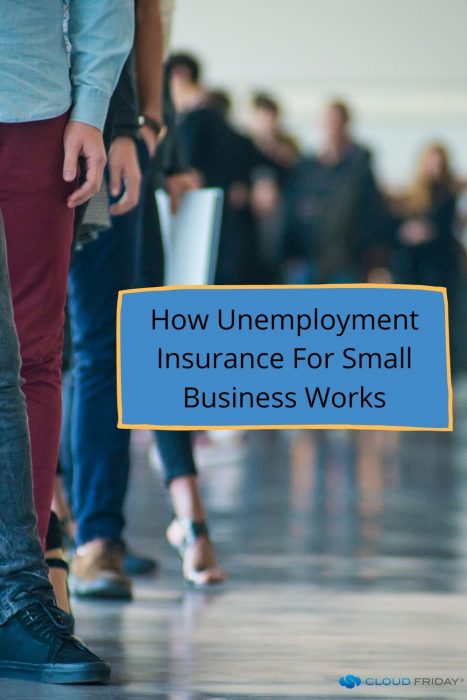 Text Message Marketing: What It Is And Why You Should Be Doing It

6 Tips To Make Filing Taxes Easier As A Small Business

How To Get Health Insurance When You’re Self-Employed

Meals And Entertainment Deduction For Businesses: Does It Still Exist?

Are You Missing These Common Self Employed Tax Deductions?